The Nordonia Boys Bowling team is off to a strong start of the season.  The team won the Suburban League Preseason tournament and placed 9th at the prestigeous invitation only Ohio High School Kick Off Tournament in Columbus.  The Knights have been lead in the early season by senior, Spencer Stehlik. 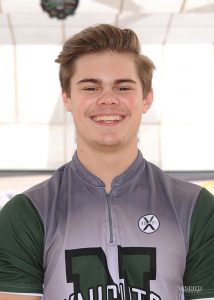 Spencer had the overall high series at the Suburban League tournament which included a 299 game.  He also placed 6th in Columbus.  The team has opened their dual match season by going 2-1 with victories over Wadsworth & Hudson.

Nordonia hosts its annual Boys & Girls Knights Classic on December 8 at North Woods Lanes in Macedonia.  Action starts at 10 AM, stop by and watch some top notch High School bowling.