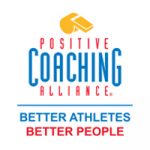 Positive Coaching Alliance is a national non-profit developing Better Athletes, Better People through youth and high school sports.  PCA has been working with Nordonia coaches for the past three years; now we feel it’s time to invite athletes and parents.  The Nordonia Athletic Department will be hosting a “free” workshop for parents and athletes on 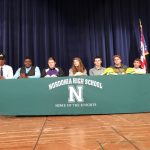 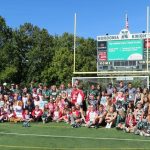 Student-athletes from Nordonia High School once again this year took part in assisting with Camp Huddle which took place in Boliantz Stadium on Sunday, September 25.  Camp Huddle is a non-profit organization that offers arts & sports clinics to people with special needs.  Camp Huddle’s mission is to create a day of sports and play 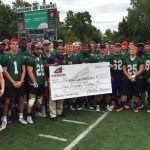 Nordonia sophomore quarterback, Robby Levak was named the Cleveland Gladiators Impact Player of the Week for his game versus Dover.  Robby threw 4 TD’s passes and ran for another score as the Knights defeated the Tornadoes 55-47.  As the winner of this award Robby was presented with a plaque from Gladiators coach, Dominic Jones and

ESPN Cleveland will bring High School Hysteria back to Nordonia this fall when they broadcast their opening football game of the season from Boliantz Stadium.  The Knights will battle rival Mayfield to open the campaign on Friday, August 26.  The ESPN street team will be on hand to play games, distribute prizes and interact with